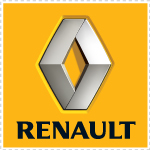 The Renault-powered Lotus F1 Team E21 of Kimi Raikkonen has taken the first win of the 2013 season following a scintillating Australian Grand Prix. The 2007 world champion started from seventh on the grid and used a clever pit stop strategy to secure victory by more than 12 seconds over Ferrari’s Fernando Alonso. Reigning world champion Sebastian Vettel finished in third overall in the Infiniti Red Bull Racing, putting two Renault-engined drivers onto the podium.

Raikkonen graduated to fifth off the start and made an early change to the medium compound tyres on lap 9. He completed a long stint on this set of rubber and, despite two light rain showers, stayed out longer than his closest rivals. The Finn returned to the pits on lap 34, after which the strategy unfolded perfectly as Alonso, Hamilton, Massa and Vettel made one further stop, leaving Raikkonen out in front.

Vettel converted his pole position into an immediate lead but likewise made an early switch to the medium tyres. He then raced hard with Sutil, Hamilton and Massa, before taking the final podium spot. Team-mate Mark Webber had a slow start and struggled with a KERS that only functioned intermittently, but had a strong finish to claim sixth overall.

“After one of the quickest and busiest winter breaks in a long time, it’s good to open our account with a win. Congratulations to our teams and well done to the teams back at Viry and Mecachrome. The field is more competitive than even last year and getting every last detail correct makes a big difference, so we need to keep pushing even harder this season.

We can take confidence from seeing two Renault-engined teams on the podium early in the year, and we would be delighted to see both Lotus and Red Bull fighting for wins in the races to come. We will also work as hard as ever with Williams and Caterham in the tight midfield.

The Malaysian Grand Prix now comes up very quickly and presents a very different challenge to Albert Park so we will keep the hammer down and try to maintain the performance and reliability we’ve seen in this race.”